Two different classifications of public sector undertakings are as follows:

PSUs provide a career for both technical and non-technical personnel. There are a total of 252 PSUs in all over India. Each company has its own recruiting procedures, some have competitive type examinations and some have technical written and interview rounds. Thousands of diploma and degree holding personnel in the technical field are recruit in PSUs. Students who are from technical background can apply in technical service providing companies such as BHEL, BPCL, BSNL, HPCL, IOCL, ONGC, MTNL, NHAI, NTPC, SAIL and many more.

There are 8 Maharatnas, 16 Navratnas, and 74 Miniratnas as on 13th September 2017. Nearly 300 CPSEs(central public sector enterprises) are in total.

Additional financial autonomy has been awarded to Certain public sector undertakings to compete in the global market so as to "support them in their drive to become global giants". These public sector companies have comparative advantages i.e., they are given greater autonomy. In 1997 initially, these financial autonomies were awarded as Navratna. Originally, the word Navratna means a composition of nine precious gems. The government established the higher category, Maharatna in the year 2010.

Guidelines for awarding Ratna status are as follows:

Companies having the authority to make foreign investments of up to Rs 5,000 crores without taking any Government approval are considered top public sector enterprises are given the status of Maharatna. The eligibility criteria to be considered for grant of Maharatna status is the following:

The company which can invest up to Rs 1,000 crore without explicit government approval is given the status of Navaratna. This status is conferred to these companies by the Department of Public Enterprises. They also have the freedom to enter joint ventures, form alliances and float subsidiaries abroad. The eligibility criteria to be considered for grant of Navaratna status is the following:

REASONS WHY YOU SHOULD PREPARE FOR GATE

What is the Importance of Asking Questions in the Long-run Classrooms? 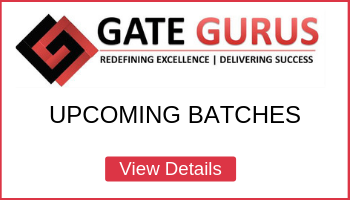 Please submit your details to hear from us